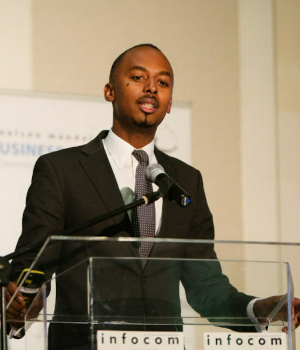 An inclusive social pact and a culture of accountability – not only for the city’s leaders but for every person in this community – will be the starting block for Nelson Mandela Bay to reach its full potential.

The Rwandan genocide of 1994 saw thousands killed every day, thousands of women raped, and about 150,000 children orphaned.

But the same genocide that left the country’s population traumatised and its infrastructure destroyed became the driving force that has seen Rwanda become one of Africa’s leading economic hubs.

If Rwanda can come out of genocide as not only a survivor but also as a nation that thrives, then the Bay has the potential to turn itself into a fully enabling investment environment that encourages sustainable growth for the children of tomorrow.

The Nelson Mandela Bay Business Chamber launched its How To Build A City series on Friday, with director of business development for Africa at Volkswagen, Serge Kamuhinda, as the pioneer speaker.

The Herald is a media partner in the series.

Kamuhinda was COO of the Rwandan Development Board and deputy head of the strategy and policy unit at the office of the president in Rwanda. 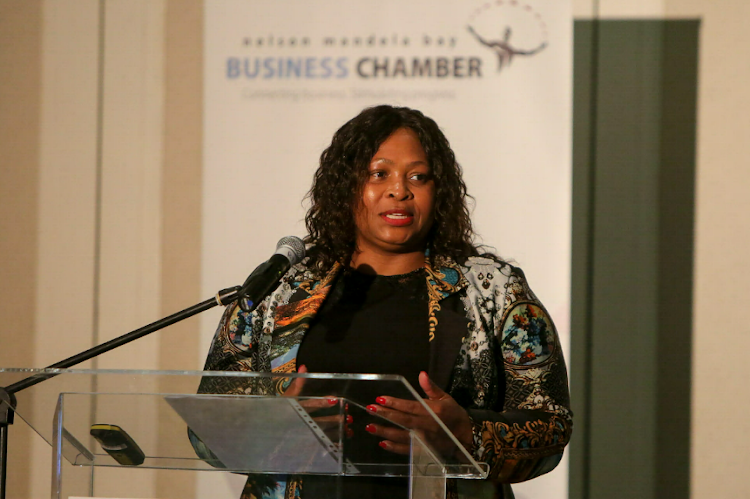 The aim of the series, according to NMB Business Chamber CEO Nomkhita Mona, is to ignite participatory conversations that could unlock economic growth that will empower citizens through increased job opportunities and better livelihoods.

“As any development in the metro will affect them directly, we want these citizens to be actively involved in building a better city,” Mona said.

“These discussions will take place every month and will last until the end of the year, with different issues under the spotlight at each event.”

Kamuhinda gave a contextual outlook on the ambitious strategies towards general transformation Rwanda put in place following the genocide.

It was obligated to embrace the spirit of reconciliation.

“The difference between then and now is that we choose to have a society that is not based on racism, but is based on values,” he said.

“If we were to try every person it would have taken about 150 years. And yes, the victims of the genocide became the ones who absorbed the shock of reconciliation.

“Building a stronger community will always come at a price. And our strategy required a lot from our victims.

“Today we are a stronger nation and through our now unified identity you can see that we are walking the talk.”

Rwanda is known as one of Africa’s cleanest countries, and Kamuhinda said people living in the capital Kigali met every last Saturday of the month to clean the city together.

“During that time, we also discuss various issues in our neighbourhoods. And that togetherness in the city helps us improve every day.

“This monthly reminder helps us keep ourselves in check and helps us to stop the decay. Decay is a choice.”

He said Rwanda has zero tolerance for corruption.

“We are the third-least corrupt country in Africa. And one way to do that is to digitise government services.

“According to world rankings, we are the second-most competitive economy in Africa.

“If you want to register a company you can do so within six hours online – which means you can start doing business straight away.”

Kamuhinda said the mayors, ministers and most decision-making authorities were held to account based on the old traditions of warfare.

In the past, he said, before heading to the battlefield, warriors made commitments as to what they would achieve during battle. These promises were attached to their honour.

“If the warrior failed to do what he said, he could commit suicide. We now use this for our current mayors and ministers.

“We say to them before they start their term, they will present to the population, based on various metrics such as human security and agriculture productivity, for example.

“After one year, they will be evaluated in public on live TV and all 30 mayors will be scored. And whether elected or not, if they fail to perform three times in a row – they are out.”

“The story of Rwanda is absolutely phenomenal and they provide something for us to learn from,” Makunga said..

“Of course dynamics will differ from country to country and city to city, but it is important for us to get these two things right – a social pact between our citizens and the principle of accountability.”

The next two sessions of the series, in April and May, will see international experts invited to address the fundamental issues of water and electricity.