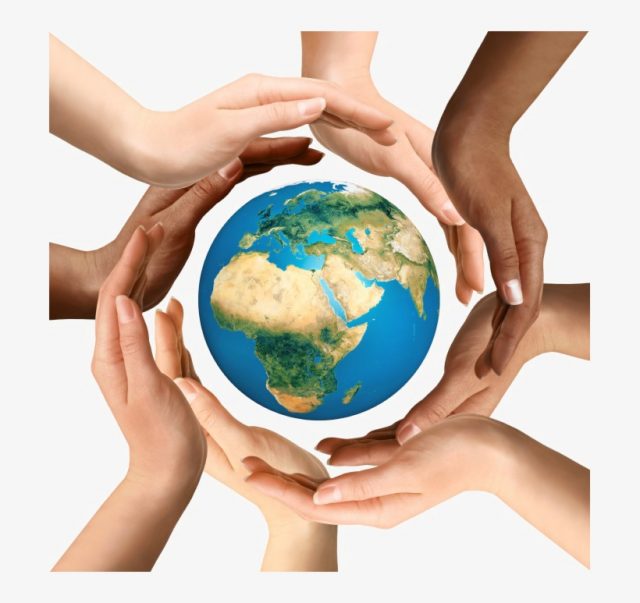 We are handing our youth a climate-unstable world that could to be way more ugly, brutish, and short than the one Hobbes thought our hunter-gatherer ancestors evolved in. We owe it to the next generation to give them everything they need to prepare for it, writes Leonie Joubert on Youth Day.

Last Friday’s dinner party is still curdling at the back of my brain. On my left: an older man, a retiree, who is bubble-wrapped in wealth and groomed by years of being at the top of the pecking order. He was holding court with his usual flair, instructing the room that all this stuff about a climate crisis and environmental what-what is just a bunch of subjective nonsense.

To my right: an 11-year-old who hasn’t quite found his voice in adult circles yet, but is so gripped by the urgency of our unravelling climate, that he recently wrote a series of books for his peers. He wanted to hand these out at school, but the principal thought he’d “better not”.

The gulf between these two – their knowledge of the science, the willingness to confront what lies ahead, their sense of civic responsibility and the urgency of our need to respond – was unbridgeable. You can’t fill a cavern of willful ignorance in an educated adult over a plate of hors d’ oeuvres. And how do you ask someone, who is so convinced of his rightness, that he should at least edit himself a bit so that he doesn’t invalidate the experience of a youngster who has to face the kind of existential uncertainty that no pre-teen has ever had to confront in the history of our species?

Young Leo (the poetry of our accidentally shared name isn’t lost on me) talks frankly with his parents about how he knows he probably won’t have children one day, that he may not live to a “naturally” old age, and that no one really knows what kind of skills he’s going to need as an adult. His grasp of the science of climate change and the existential urgency of it are far beyond what I see in many adults. And he’s only had a few years to get his still-forming brain around these staggeringly complex issues, let alone the implications of what it means for his very existence as a life form.

I wrote recently about my own rather startling coming undone, after years of working at the coalface of climate activism. As a 46-year-old, I thought I at least had some of the life skills we need to deal with this kind of toil and emotional overwhelm, as we square up with the idea that we’ve most likely lost the battle of avoiding climate collapse. Turns out, I don’t. Few of us adults do. The reality of facing an extinction level event in our lifetimes is just too big.

How does a teen or pre-teen cope with all of this, then? That’s before they’ve even had to feel the wash of hormones that their changing bodies are going to throw at them through normal adolescent experience. Remember those bewildering first bouts of the blues? The angst of trying to find sure footing amongst your fickle peers? The first stirrings of attraction for who, you didn’t quite know? Now throw the terrifying adult questions of life and death into that mix.

If I’m coming undone at the thought of what the next 30 years hold for me and my generation because of climate collapse, what are Leo and his peers going to feel? They’ve got 80 years of these lies ahead of them.

Another case in point: when a handful of Cape Town school children took to the streets in March this year, as part of the global schools’ climate strike action, some adults called into local radio station Cape Talk to moan about how the strike was clogging up the Friday afternoon traffic.

“Oh, and I hope they used clean transport to get to the strike,” one caller sneered by text message.

This caller was, at best, churlish: no one’s going to be able to get to a city centre protest using clean transport because we live in a world where clean transport doesn’t exist. That’s our fault as voting adults, not the kids’ fault. At worst, I thought the guy sounded like an entitled ass, choosing to ignore his own complicity in handing these children a climate that is about to slip into an unstable state that is quite outside the world in which our modern civilisation was allowed to evolve and thrive for the past few thousand years.

Leo needs the adults around him to help him find the skills – the emotional ones, as well as the practical how-to-grow-my-own-food kind of skills. He doesn’t need to be fobbed off by the very people he’s supposed to be learning the ways of the world from.

We have stolen from the young

Think of it this way: take a glass of water and fill it until the water is about a finger’s width from the lip. Imagine the glass is our atmosphere, and the space inside that glass is the capacity of the atmosphere to hold all our industrial-era carbon emissions. The water in the glass represents all the emissions that we’ve been dumping into the atmosphere over the past 200-plus years. The space that’s left is what our future ‘carbon budget’ is about.

Most of those emissions already in the glass were put there in the past 50 years – in the years since you and I were born.

Now shake that glass just a bit. The water that slops out – that’s what we’re already seeing, in terms of the extreme weather events that signal how unstable our climate is becoming. The messy spillage that’s slopping out over your hand right now – that’s what caused bats to fall dead from trees during a heatwave in Australia recently, and entire schools of freshwater fish to float belly up in their rivers. It’s what drove the two record-breaking cyclones that destroyed 90% of Beira and surrounds in Mozambique in March and April this year. It’s what left Cape Town nearly waterless during the summer of 2018, and starved herds of animals across southern Africa through the three-year-long drought. It’s what’s driving the wildfires through parts of Greece, California, Knysna, off-the-charts tornado seasons in the United States, and razed some Caribbean island communities in a hurricane alley which is going to become so volatile that it may not be worth rebuilding there.

The finger’s width of space left in the glass: that’s how much space we have left that’s supposed to take up all our future emissions. Once the water reaches the lip and spills over, that’s when we tip over into a completely new climate regime. When that happens, it’s a future of famine, forced migration, war, crashed economies, and widespread death by unnatural causes. That’s the future we’re handing Leo and his peers.

The concentration of greenhouse gasses in the atmosphere is now at 415 parts per million, higher than they have been in three million years. Modern humans have only been around for about 200,000 years. Modern industrial capitalists for 200 or so years. Most of the emissions filling that glass were poured into it in the past 50 or so, in the time that most of us adults have been alive.

Leo has only been alive for 11 years. Think about that.

The United Nations now says we have precisely 12 years in which to bring global emissions down to zero. Twelve years to turn off the tap, so we don’t slip across this threshold, but we’re headed for massive overshoot because our emissions are still rising year on year.

Your and my middle-class comfort is built on the back of having been able to use up that space in the glass, free. And we’re now handing that nearly-full glass on to Leo, with all the damage that’s coming with it.

Us adults need to climb down from our perches of high privilege. None of us has the right or moral position to shut down the voices and actions of people like Leo, or whatever form of protest they choose to take, as they figure out how to confront a monster that makes the threat of World War II look like a kindergarten pantomime.

I had a dream recently. Okay, admittedly, it was actually a psilocybin-induced dream-state, and it may sound a bit sentimental to a sober reader, but bear with me. Because the memory of it is what’s keeping me at my desk after a 14 hour work day, writing another piece that won’t put bread on the table but will give me purpose tomorrow morning when I start another long day of wordsmithery.

It happened a few months ago. I’d had a frustrating few weeks, doing a tough training programme alongside a group of 20-somethings. Through most of our group sessions, it seemed as though I didn’t exist for them. I wasn’t just that I was excluded from their conversation – it’s always going to be hard to find common ground on other sides of the generational divide. More than that: I felt invisible. Some of them didn’t even make eye contact with me in most of our group interactions.

And then, the dream-state: in it, I was a gnarled old oak tree, broad-beamed and crooked, covered in a hide of rough bark, and throwing a wide, green canopy overhead. The youngsters from the course were milling about the bole of the tree. They didn’t notice the tree at all, its shade, the cool air from the water-soft breath that its leaves gave out, the grass growing in the soil that was kept rich and damp by the tree’s microclimate. Those few that did notice the tree just saw the barky trunk and saw how rough it was to the touch, how it would tear their skin if they weren’t careful.

My thought in that dream state was that this is exactly how it should be. These youngsters didn’t need to see me. They didn’t need to notice that I was there, or that my age or knowledge could give them something nourishing. I didn’t need their validation. My only responsibility was to keep doing what I was doing as a mature tree – stand strong, cast the shade, keep the soil damp and scattered with composting leaf litter, mix up a cosy little microclimate so that they, the under-story, could grow and thrive.

They’re only responsible to explore their own potential and thrive inside that safe environment.

Months later, that vision stays with me. That’s our responsibility as adults. When an 11-year-old like Leo pours hours of his free time into writing a series of books for his peers, to wake them up to the climate crisis, it is our responsibility as adults to make sure that the books get the widest possible reach. When Leo and his peers walk out of the classroom to protest political inaction in the face of an extinction level event, our responsibility is not to tell them to sit down and study or moan about what we might see as their insolence. Our responsibility is to cheer from the bloody rooftops and stop the traffic to allow them to pass. We owe it to kids like Leo to give them every single thing they need so they can be ready for this terrifying future. DM