MENUMENU
Home NEWS GRAFFITI – A BLOT ON THE LANDSCAPE, OR URBAN ART? 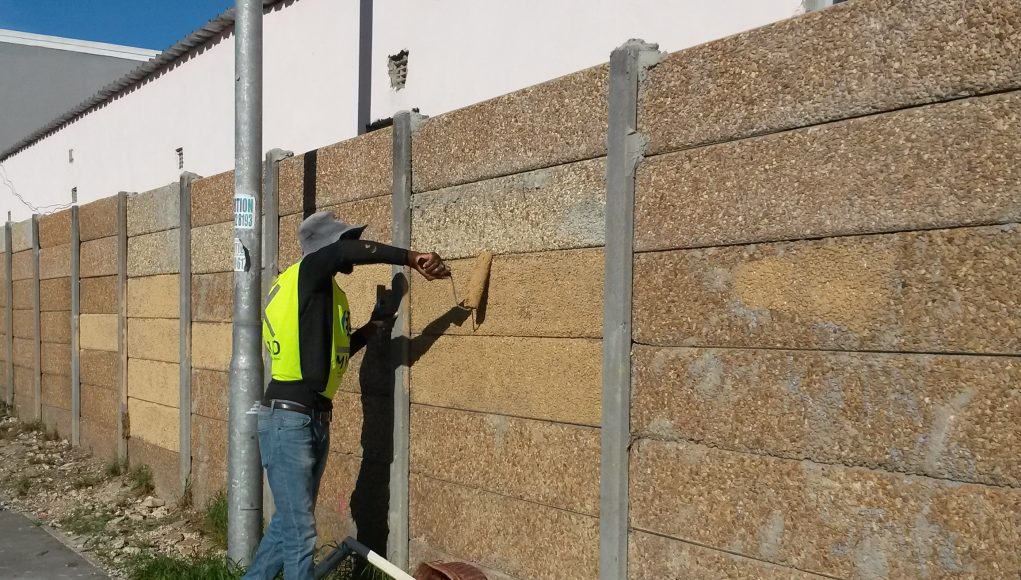 While the MMID has found, after some research, that a lick of paint is the best solution for removing graffiti on the Omuramba footpath wall in the MMID, in an Ironic twist, London authorities  are said to be spending serious cash to protect some  of its ‘street art’ from decay – such is the appeal.  Copenhagen, an acknowledged success story when it comes to urban planning, also embraces street art and according to online reports, so does Berlin.

Berlin street art is, in a word, according to an online report, prolific. In areas like Friedrichshain – a hip inner-city Berlin district – tags, paintings, murals, political statements, fine art, and sculpture cover everything from houses to shop fronts, to trains and historical monuments. Sometimes, cars. And it’s probably safe to say nobody is too interested in removing any of the art.

But in the MMID,  graffiti clearly doesn’t have quite the same aesthetic appeal as counterparts in Europe, so they had to go – and it was no mean feat because the surface of the concrete panel wall has a pebbled finish. Chemicals didn’t do the trick, on the wall that had 63 decorated panels, so the age-old solution to changing the decor was adopted and the wall looks a lot neater – for now!