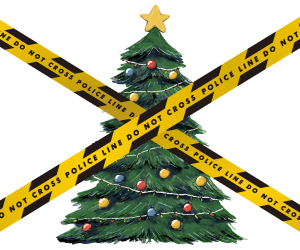 Every year, crime levels rise towards the start of the Festive Season and police are warning that  the 2017 season will certainly again see a spike in crimes that result in loss of property or potential injury.

As in the past, businesses and property owners must factor this threat into their end of year plans and make safety a priority in and around their buildings.  Staff members need to be even more vigilant and report suspicious behaviour to managers. Staff should also receive training in how to react  should they be involved in a robbery at work, or while on the road in private and public transport.

Tragically, a staff member of a Montague Gardens  business has been stabbed to death while trying to retrieve a cell phone stolen from the company offices.  This is a terrible reminder how important it is not to challenge or chase criminals who could be carrying lethal weapons. Rather alert the armed response company and the SAPS.

The MMID is in close contact with the SAPS team investigating this murder, and will help however possible.

While the MMID is, by law, not allowed to respond to crimes on private property, its vehicles are always on patrol in the area and will search for and detain criminals in the streets and public places.

This contrasts with previous years when the streets of Montague Gardens and Marconi-Beam were not actively patrolled at all, and criminals were free to move about at will, resulting in many break-ins and cases of vandalism over the shut-down period.

We hope that there will be a marked improvement this year as the MMID patrol vehicles will be active in the area on 24/7 throughout the festive season.  It has already been reported that the streets are a lot quieter at night since the patrols started on  September 1.

It’s important that the MMID be made aware of crimes that have taken place in the area, so that it can develop strategies to combat further activity. All incidents of crime or suspicious behaviour should be reported both to the MMID and SAPS.

It’s also vital that businesses should install fences and gates, together with access control, to prevent criminals from having easy access their properties.

IMPORTANT: The MMID will hold a General Meeting (SGM) on December 6, 2017.

To qualify as a voter and take part in the meeting,  property owners must become members of the MMID. Membership is not automatic.

Potential members must register by November 29, 2017.