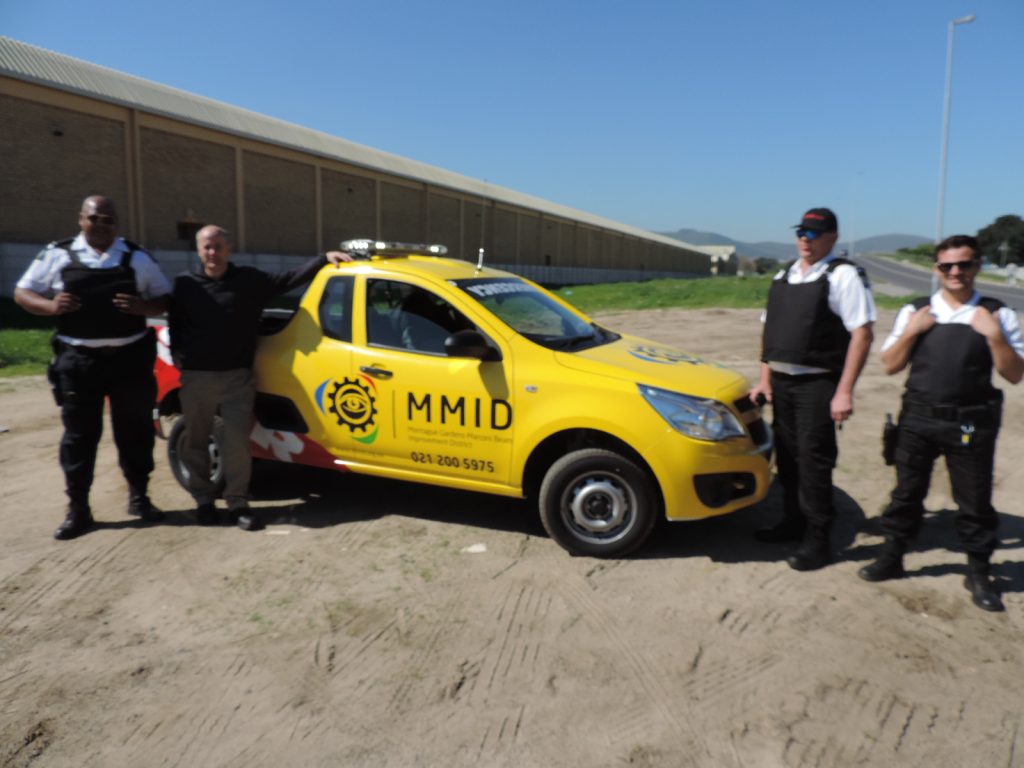 The MMID has been established to provide top-up security services (in collaboration with existing role players), mobilise joint safety operations, monitor trends, and act as a visible presence. These services do not replace those provided by SAPS, Law Enforcement and the Metro Police.

Together with the relevant role players, the MMID has developed a comprehensive and integrated Public Safety Plan which includes:

Patrol vehicles will be backed up and guided to potential security threats or incidents by trained CCTV controllers who will monitor a network of cameras positioned in strategic public areas around Montague Gardens and Marconi Beam. Security control and CCTV surveillance will be conducted from a security industry-approved room which will be staffed 24 hours a day, seven days a week. CCTV controllers will work closely with public safety patrollers.

A permanent Law Enforcement Officer with full powers of arrest has been contracted to the MMID by the City of Cape Town to work alongside the Public Safety Officers supplied by the security provider. The officer will also monitor and enforce By Law transgressions such as illegal dumping.

4. Co-operating with SAPS, LAW Enforcement and the Metro Police (ongoing)

5. Networking with private armed response and guarding companies active in          the area (ongoing)

The MMID has outsourced the public safety security service to Star Rapid Response, which is registered with the Private Security Regulatory Authority (PSIRA). The appointment was based on a competitive selection process and service level agreement. The three-year contract will be renewed annually based on performance and adherence to the service level agreement.