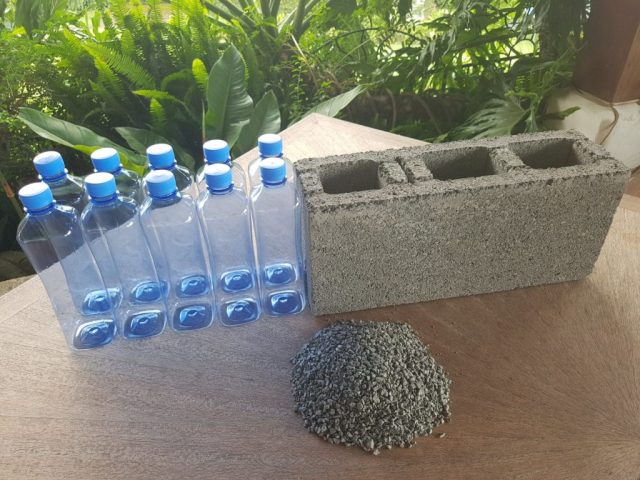 Imagine if all of the country’s unrecycled plastic waste, which currently totals roughly 1 100 000 tonnes a year, could create thousands of jobs while simultaneously cleaning up our environment and helping build homes, hospitals, schools, and roads.

This cement block has been tested in Costa Rica for the past two years with great success. CRDC is also collaborating with international US chemicals giant Dow to further develop the EcoArena in a bid to develop a leading initiative for the alliance to end plastic waste.

In South Africa, CRDC has partnered with a leading operations company with extensive expertise and a long track record in on-site waste management, plastic recycling, waste to energy, and the implementation of zero waste to landfill solutions.

Donald Thompson and PEDREGAL, Costa Rica’s largest concrete block company, are introducing the EcoArena PRA to South Africa via an initial investor and partner roundtable, which will be held in Cape Town in early April. – EcoArena is more durable, lighter and more environmentally-friendly. It has also been tested in Costa Rica and will soon be trialled in South Africa

– Through its introduction to South Africa, this product could drastically reduce the plastic waste of the country while creating jobs and meeting environmental imperatives

– Increase in thermal properties of walls

– Lower dependency on other raw materials South Africa currently consumes 1.5-million tonnes of plastic annually, of which only 21% is recycled. The rest ends up in landfills, in rivers, on beaches and in the ocean. Because of this, a recycling programme is urgently needed.

Industry, commerce, retailers, and consumers are seeking better ways to work with plastic and most assume that the total abolishment or drastic reduction in the use of plastic would be the best solution. However, Don Thompson sees it as necessary to work with and within the plastic industry in order to combat the problem, finally inventing a product that uses all and any waste plastic for the better.

CRDC will be testing EcoArena PRA with two major concrete manufacturers in the Western Cape as well as a major South African cement producer. “In South Africa, there is an established and sophisticated cement industry. Against this, we need to create jobs, we need to clean up the environment and there is an urgent need for housing. Our plan is to use the Costa Rican model to initially launch in the Western Cape before rolling out the initiative nationally,” says Thompson.

In Costa Rica, Thompson has been working with PEDREGAL, the largest cement, and concrete block company in Costa Rica and in collaboration with DOW, the American multinational chemical corporation. Over the past two years, the product has been tested and used for the last six months.

The feasibility of the product as an environmental breakthrough is proven and as a commercially viable and profitable commodity, it also meets sustainable development requirements on all levels.

PEDREGAL began testing the use of EcoArena in their CMU concrete blocks, having achieved successful technical results and compliance with international standards. EcoArena was then introduced into all of their concrete products under the prefix ECO.

Sales and Marketing Director of PEDREGAL, David Zamora, says, “This breakthrough in transforming plastic and using it in the same way as you would conventional aggregate is a game-changer. Not only can we conduct our business in a more sustainable way but also we can also help solve one of the biggest problems we have created as human beings – that of plastic contamination. This is the very essence of our circular economy – one in which the construction industry is helping the plastic industry solve a waste problem by turning it into a raw material that can be used in any construction on the planet.”